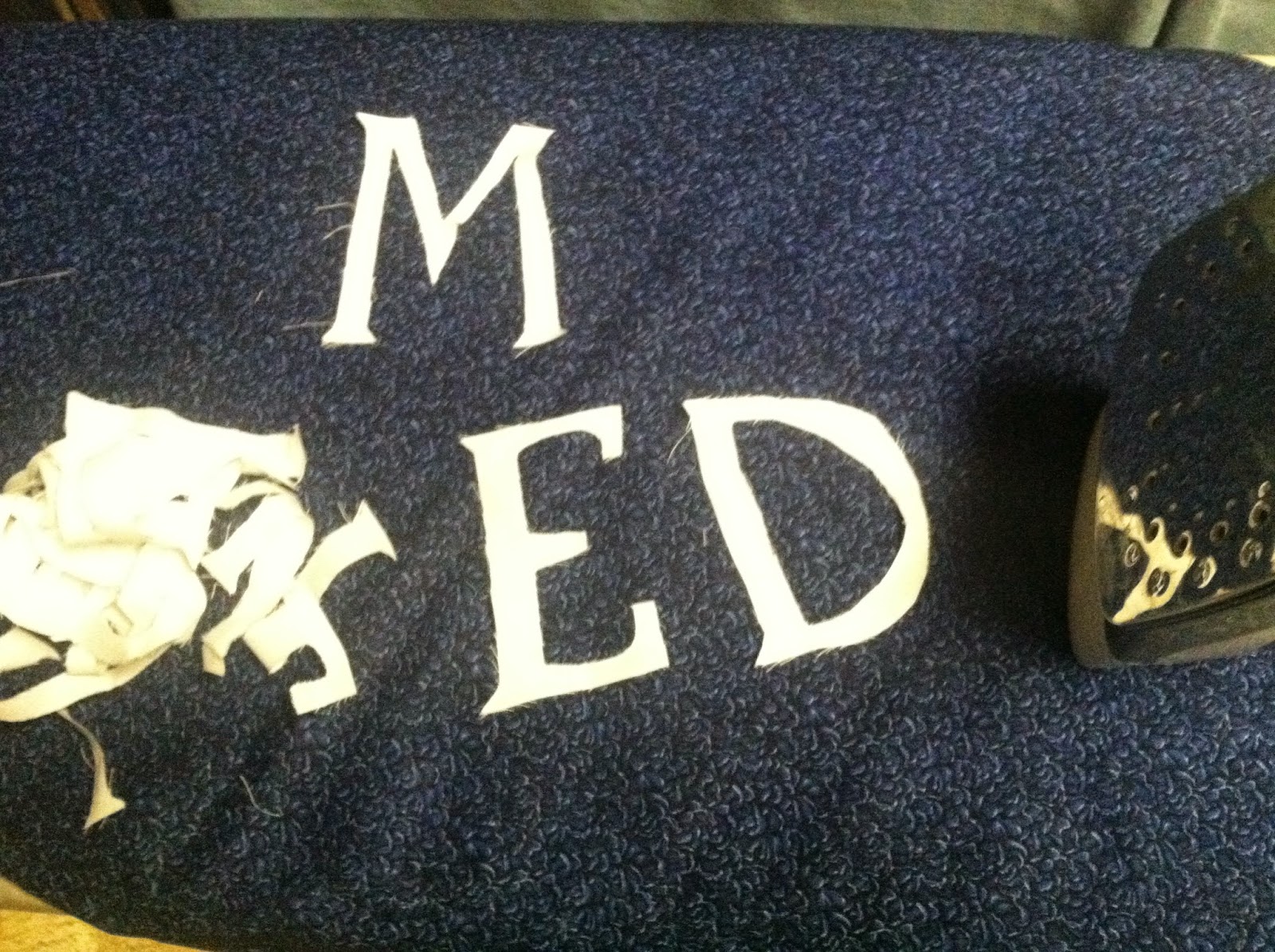 My husband has asked me to make church banners many times before but when he asked me to make this one I had a different idea of how I wanted to do it.  I spent all day struggling with every aspect of this banner today.  It just did not seem like anything I did was working.  I was feeling so frustrated so I went outside and walked around in the snow and prayed.  Praying for God to help me and show me how to get this banner done by tomorrow without having to start all over.   Although it was cold out my frustrations quickly left and I felt much calmer after praying and when I went back to task a little later I knew I had to start over as my idea just was not working out. 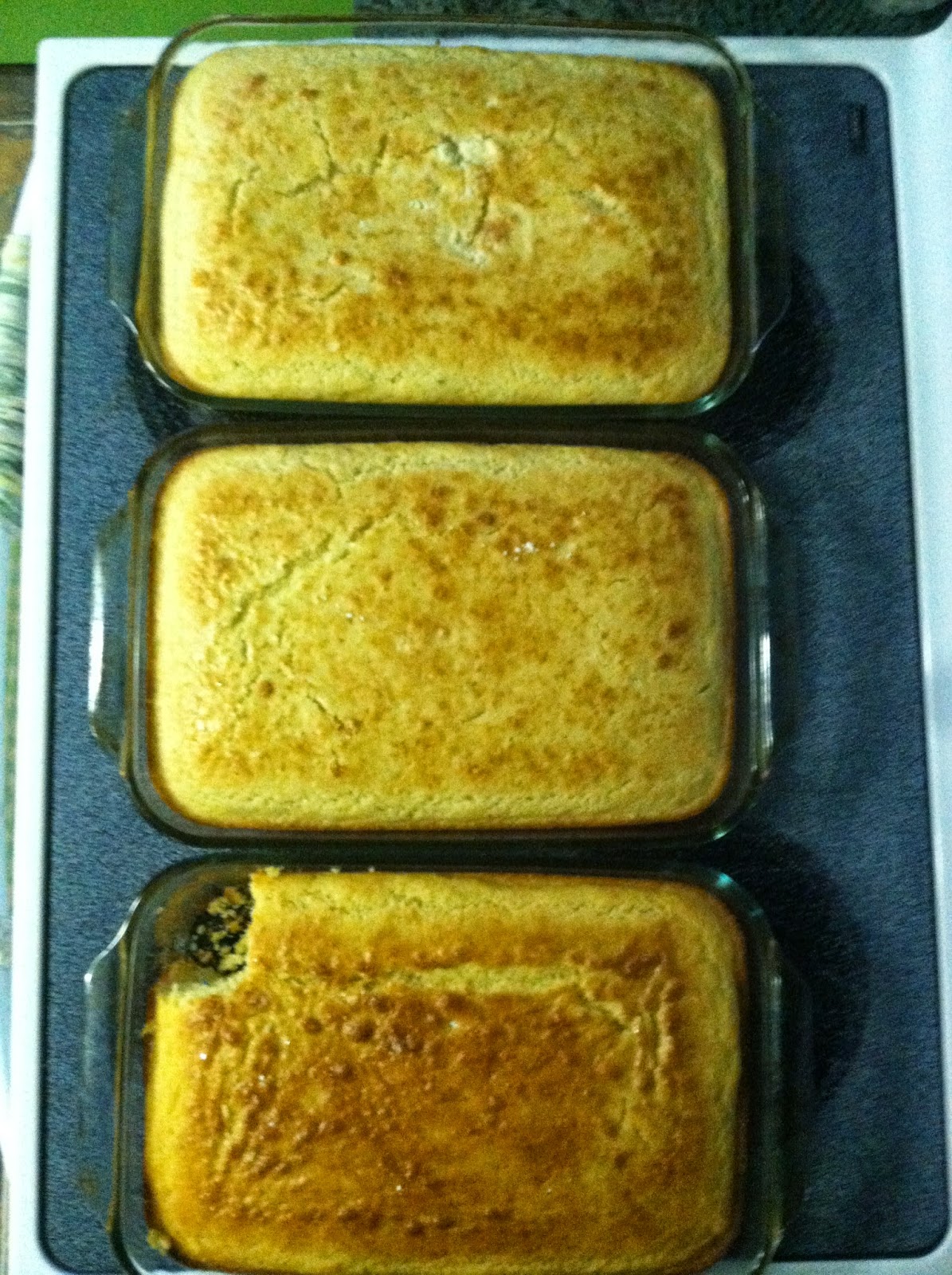 Knowing I had to trace and cut all the letters out again I took a break and made some cornbread for Teen Night.  I found a Sweet Cornbread recipe on Pinterest and tried it.  It was okay but too cakey and not cornbreadish enough for my taste.  (See the little corner I tried!)  It was a hit with the teens and that's all that matters though. 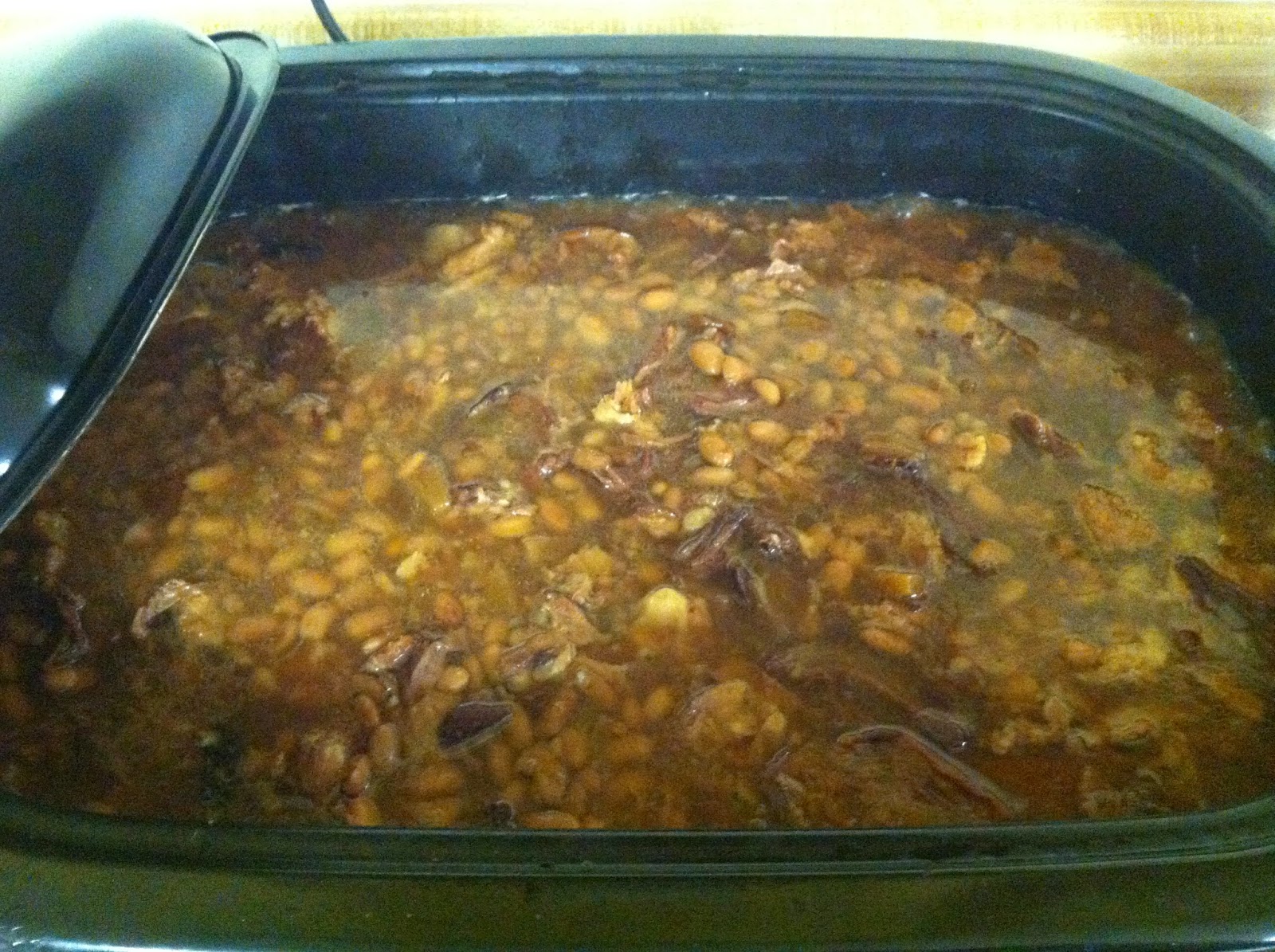 Earlier this morning I started a huge pot of Ham hocks and beans.
Even though most of the teens had seconds I still have a lot left!
Looks like leftovers for dinner tomorrow! 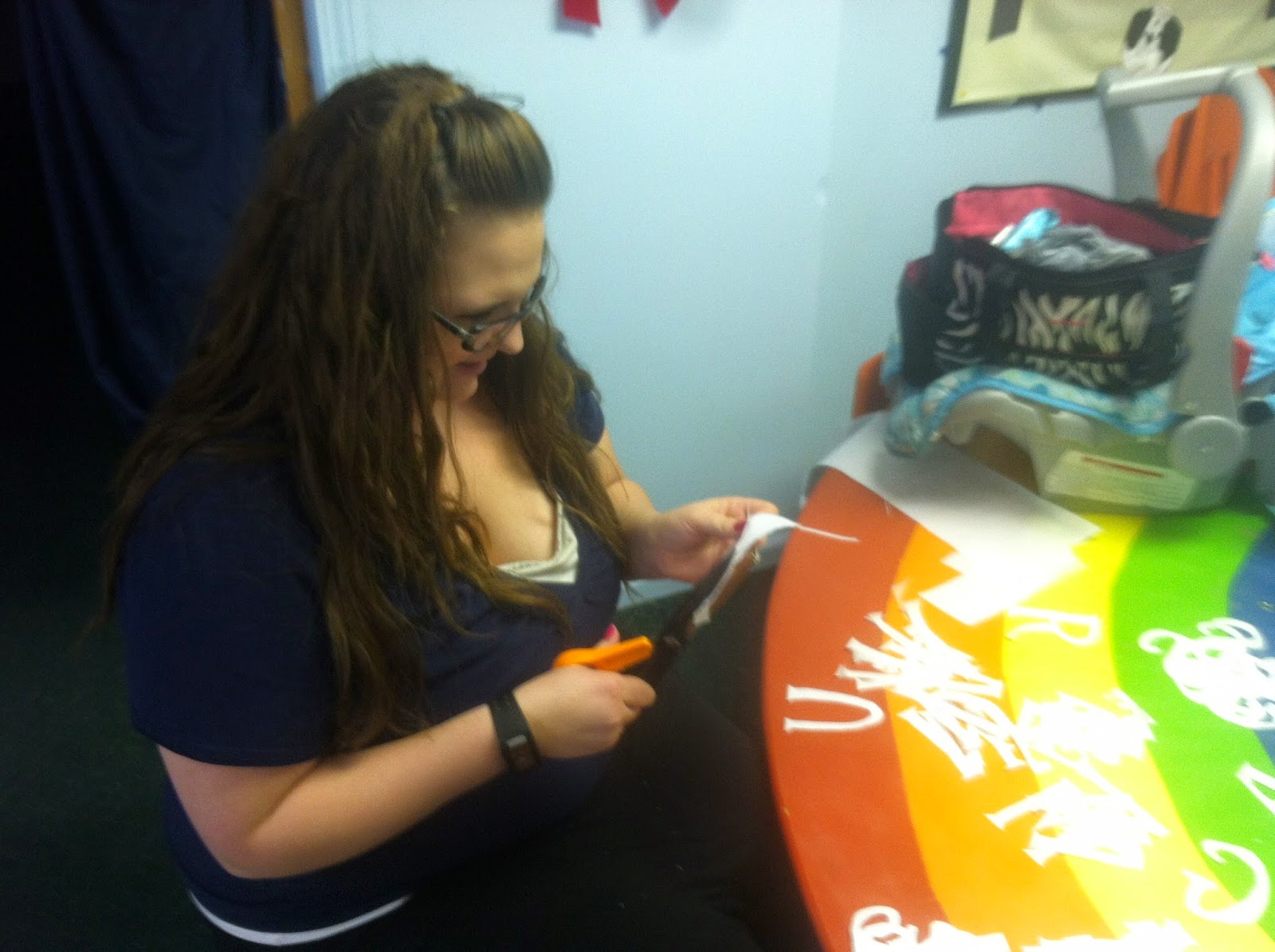 During Teen Night my sweet, sweet Daughter-in-Love sat and recut all the letters for the banner for me.  I just love her to death as she sat down and got right to cutting and didn't stop until she was done.  God has blessed me with such a wonderful, helpful woman!  Tomorrow I will arrange the letters and iron them on the banner.  Looking forward to getting it done and put up! 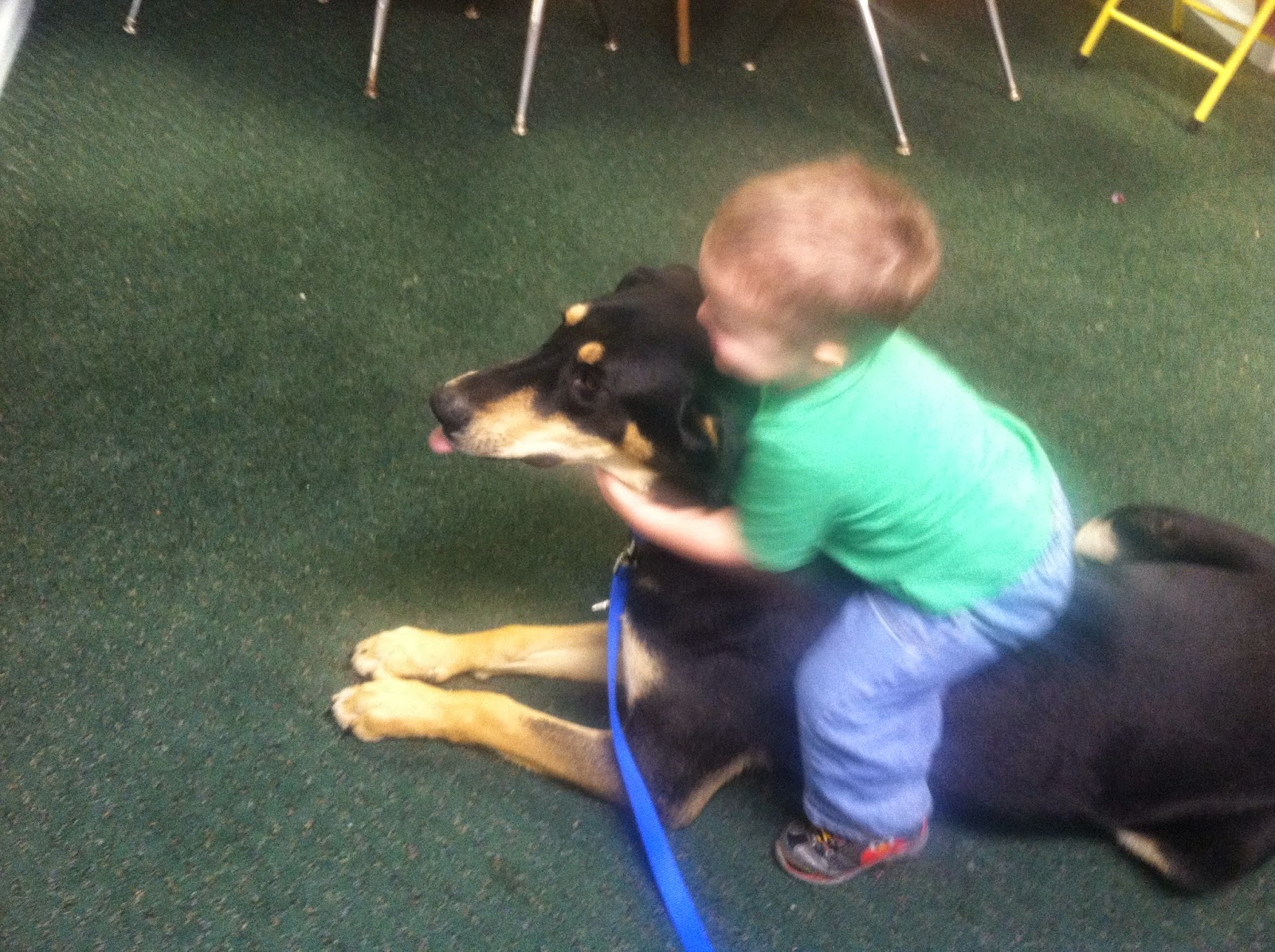 Caesar and Mark Anthony entertained Keith during Teen Night as he crawled all over them much to their annoyance!  They are so patient with him!
Again I was able to accomplish my goals for the day but I feeling so tired!
Time for a good nights sleep!