We were given several bags of oranges this week and since I have a few favorite recipes that call for orange marmalade,  I decided to make some.   As I was looking for recipes I came across one that was made in the crock pot. 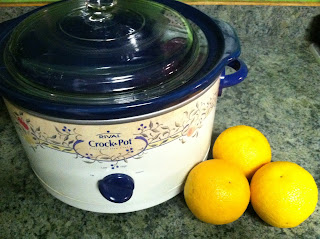 If you know anything about me, it is that almost everything I cook is in the crock pot as it is so easy and much less mess!  Because it said that it could be left overnight I started it last night at about 8 o'clock. 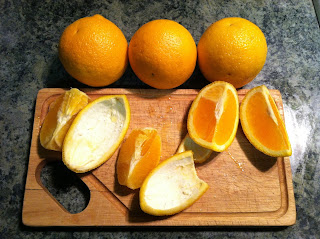 First I took four large oranges and quartered them, peeled them and removed any seeds. 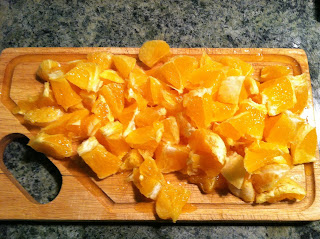 I cut the pulp into pieces and put them in the crockpot.
(Next time I do this recipe I will actually put them through the food processor.) 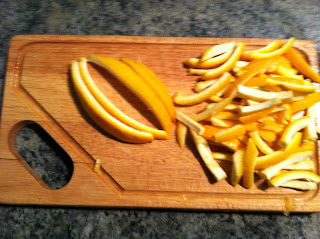 I then sliced the rinds into thin ribbons.
(I found out later that I should have cut them thinner!) 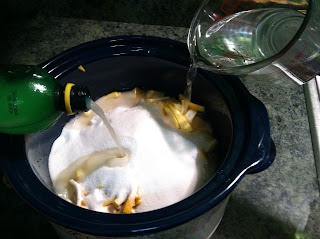 I then added 4 cups of sugar, 4 cups of water and some lemon juice. 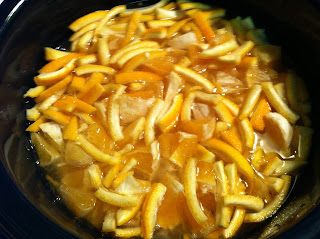 I stirred it all together and cooked on High for 2 hours. 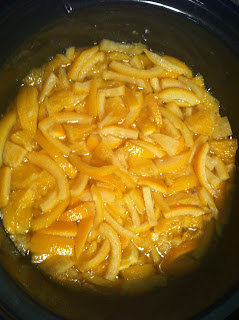 After 2 hours I stirred the mixture, turned it on Low and headed to bed. 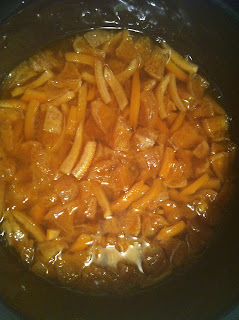 When I got up at 5:30 it looked like this.  It tasted wonderful but did not look like marmalade.  I separated the orange pieces out and put them in the blender and also took all the orange peel and sliced them thinner. 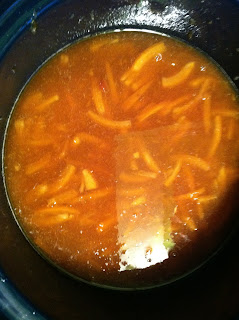 After blending and slicing it looked much better.  I then took the lid off the crockpot and let it cook for a couple more hours on Low so it could reduce and become the right consistency. 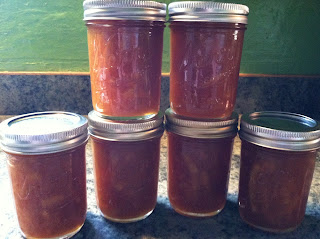 The recipe made 6 beautiful pints which I'll tuck away in the pantry to use this winter in Orange Chicken and Orange Marmalade cake.  Yummy!﻿

Email ThisBlogThis!Share to TwitterShare to FacebookShare to Pinterest
Labels: Recipes