It is a tradition, after the VBS Award Ceremony we pack all the VBS stuff
and while the guys finish loading it all in the truck we girls head to get food. 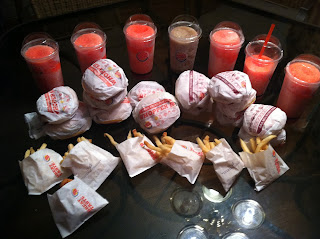 A couple of burgers, fries and icee's make everyone very happy! 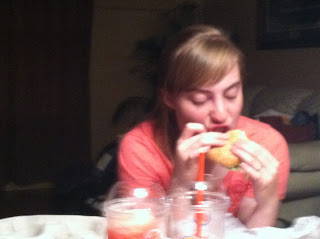 The food did not last long as it had been such a long and busy day
for us. After food it was time for the games to begin! 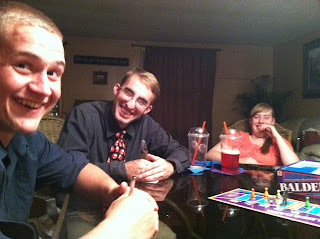 We started with Balderdash and a couple of times I thought we were going to lose someone from laughing so hard! 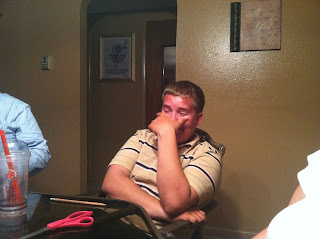 Just ask Chandler why it's illegal to ride an ostrich past the capitol and he will laugh so hard and thus make us laugh even harder!﻿ 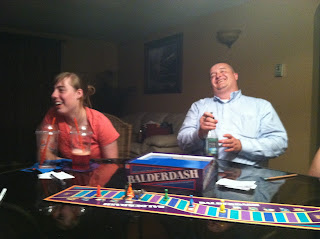 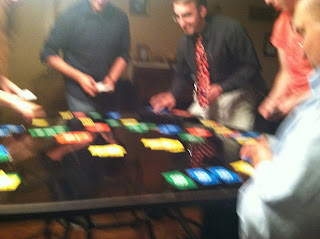 We had told Nathan all night that we were not going to play Dutch Blitz
with him this year because of popping veins and other
frightening things that happened last year.  We did give in
and played a few hands but this time we let him win the first hand! 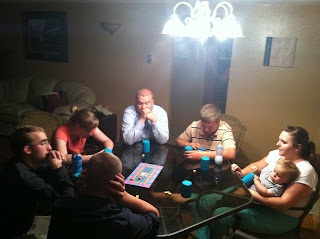 This years new favorite game was Liars Dice.  It was a blast! 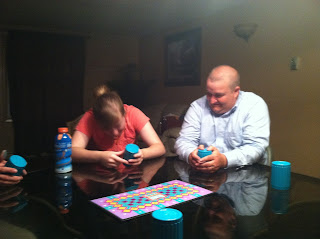 Of course I was dying, absolutely dying of laughter
because we switched the board on Mary and she didn't even notice. 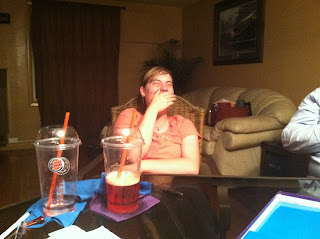 She had no idea why we were all laughing but because
we were laughing so hard, she couldn't stop from laughing so hard either!  It wasn't til after three this morning that we decided we were exhausted
and needed to head to bed.
VBS is definitely one of the biggest highlights of our year,
sharing the gospel with all the kids and having such awesome fellowship
and fun with our brothers and sisters in Christ.
Looking forward to doing it again next year!