Our Photo Hunt Night for the teens is one of their favorite activities!  Sadly we had several teens call in right before the activity started to say they were sick or were not able to come.  Because we were so down on teens we only had two teams, a boy team and a girl team.  Pastor Chep, Mr. Chandler and Mr. Mason were such good sports and sided with the only teen boy we had tonight to help make up a team.
First, each team was given a sheet of paper
with specific people and items they had to get pictures of. 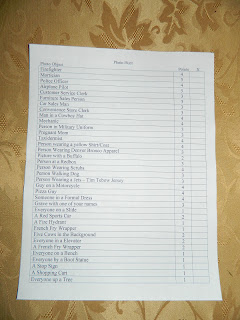 Each person or item has a point value and the goal is to get as many points as possible.  All team members had to be in each picture.
The teams were given an hour and fifteen minutes to go and get as many pictures as they could and get back to the sanctuary.
With their lists and a handful of tracts, they ran out the door to get into their designated cars with their adult drivers.
The boys got back with a minute left and the girls were three minutes late which took three points off their scores.  The drivers gave me their SD cards as the teens went to eat and I made a slide show for them of their pictures to show them after dinner. Dinner tonight was a small bag of Doritos with a scoop of taco meat and some cheese added.  The teens loved it and there were no dirty plates!  So yummy and easy!
Watching the pictures is so much fun and the teens laughed and told stories of what happened during each shot.  Every time
the teens took a picture with a person, they gave that person
a tract and invited them to church. 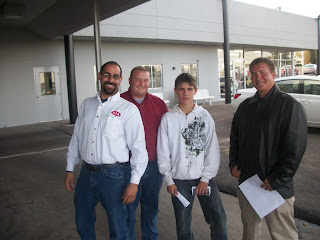 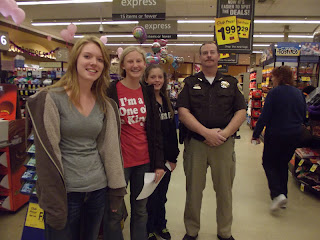 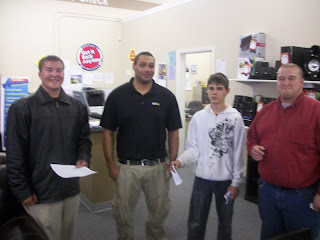 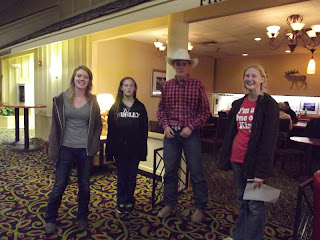 Guy in a cowboy hat 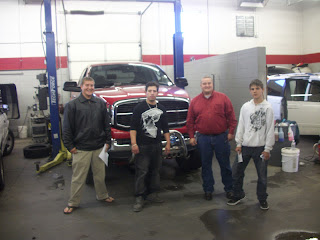 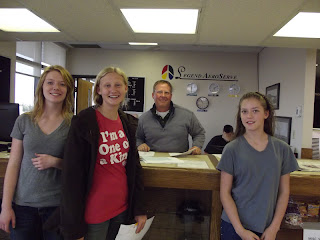 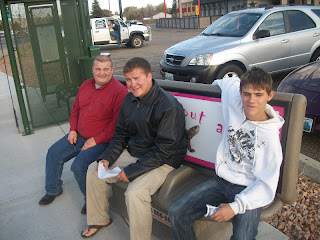 Everybody on a bench 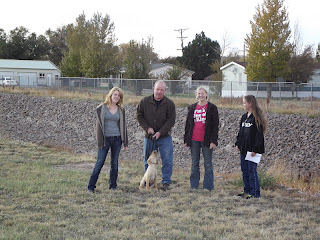 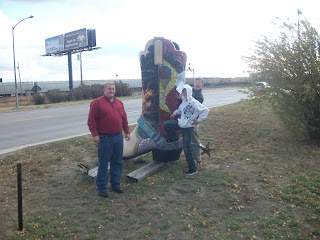 And of course, everybody with one of the famous
cowboy boots spread all over the city. 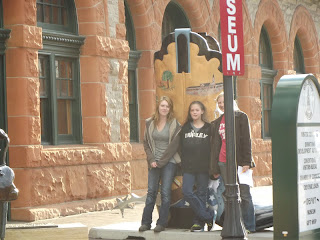 There were many more pictures but just wanted to share a few with you.  At the end, after tallying the score, the girls won!  They asked if we could do it again next month but we told them, as we tell them every year, the Photo Hunt is only once a year!
Posted by Amy-Marie at 7:41 PM