We had another awesome night in Bible Adventures! 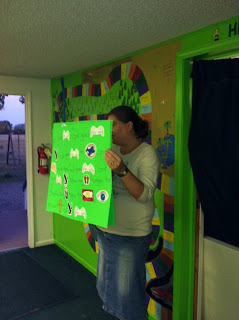 The kids are loving our theme song of "Wings as Eagles" and sing it
so much heart.  I talked to the kids about role models tonight and how important role models are and what we should look for in a role model. 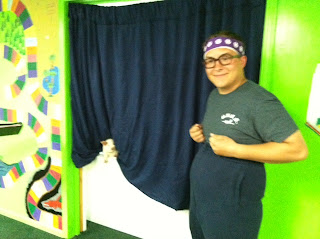 Lawrence came out at the first and told us that his role model was Paco
the pig.  He even got down on the ground and rolled in the dirt like a pig
and scratched behind his ear with his foot like a pig.  When Paco told him he had to eat slop like a pig, Lawrence decided he needed to go
look for another role model, one who didn't eat slop!
Our Bible story was about Jesus and how Jesus should be our role model
for many, many reasons.  Not only is Jesus God, but Jesus loved everyone no matter who they were, He helped and ministered to everyone, He always did what was good and right no matter what anybody else  thought about Him, and He laid down His life for others.
We can never find a better role model than Jesus Christ! 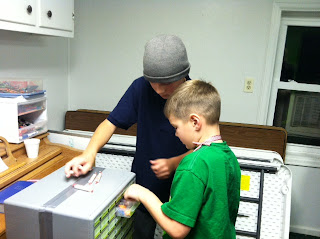 The kids said their verses and got their prizes for each verse they said. 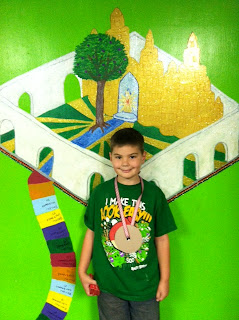 Alan finished his first verse sheet tonight and got his bronze medal.  This was Alan's last night with us as his family is leaving Friday for their move to Florida.  Alan has an amazing thirst for God and His Word and always has his verses memorized and is telling others about God and His Son.
We will definitely miss him! 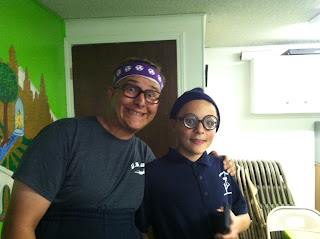 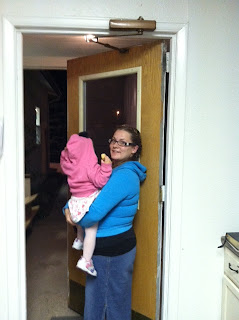 I could not help shedding a few tears tonight as Sarah left tonight.
She has been such a wonderful friend and I have loved watching her
grow in her relationship with the Lord.  Praying for their family
as God continues to lead and guide them!﻿
Posted by Amy-Marie at 10:36 AM