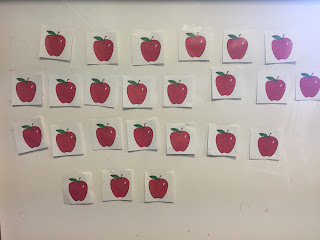 The Apple review is one of our kids favorite Bible review games.  First I printed out 24 apples and cut them out. 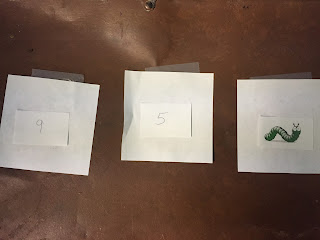 On the back of each apple I put a number (1-10) or a worm.  I put at least one worm on every three to four cards.  The apples can then be put on a table or hung on the wall.  We put the apples on our giant dry erase board. 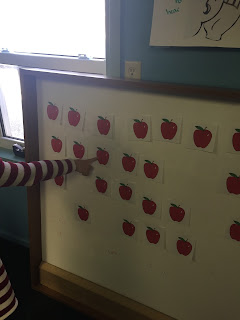 Each child gets a Bible review question and if they answer the question correctly they get to pick an apple.  If the apple has a number on it the child gets that point amount for their team. 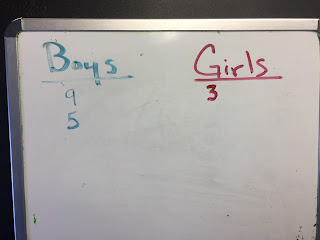 We usually play girls against boys as the competition always gets fierce!   As long as the child picks an apple with a number on the back, they then have the choice whether to pick another apple or not.  Their team yells at them encouraging them to either pick another apple or to stop and keep the points they have.  They can keep picking apples until they want to stop or they pick a apple with a worm on it. 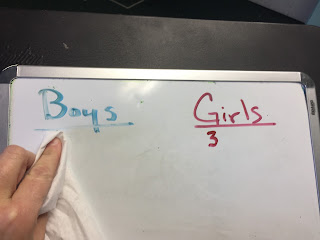 If they pick an apple with a worm on it, they lose ALL their teams points and their turn ends!  The kids really have to think if they are going to chance the points their team have or hope to win their team more points.  This game can get really loud as they shout out encouragement and advice to their teammates.  The winning team gets a small treat, IF there is a winning team.  Yesterday the kids kept picking apples and eventually both teams lost all their points by picking wormy apples!
As the kids pick the apples, I carefully put them back on the board as the child sits down.  This way we don't run out of apples to choose from and the kids are so excited they don't notice me actually putting them back up!  After the game, stow the apples in a bag for quick access.  If you're kids love this as much as ours do, you're going to want to keep this one in your rotation of review games!
﻿
Posted by Amy-Marie at 4:41 PM