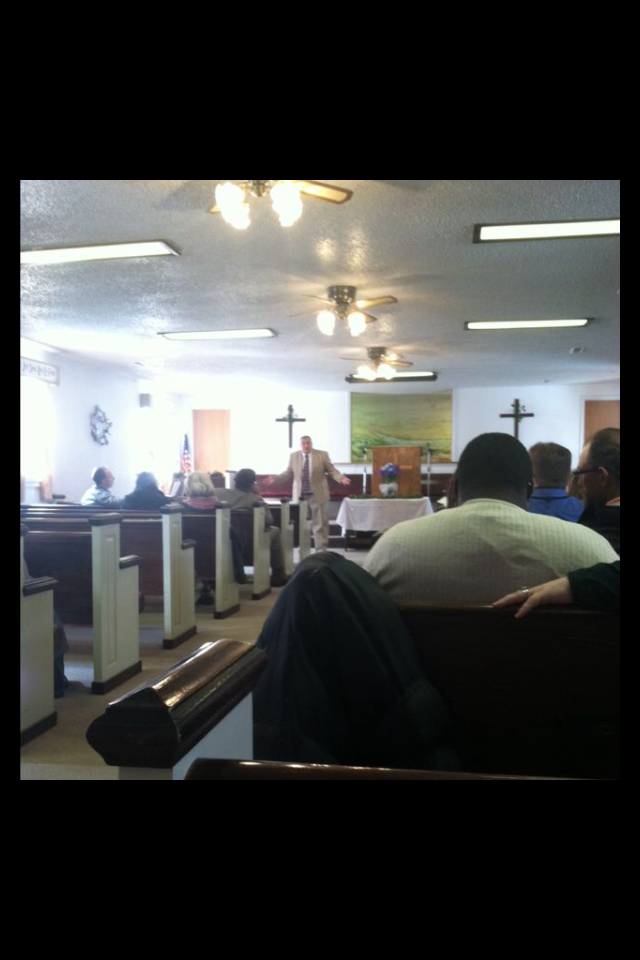 My sweet husband came down with a cold on Thursday and we
had been praying for him to be able to preach this past Sunday.  When he woke Sunday with a voice sounding scratchy and hoarse, I told him I was praying for him to get through service.  God gave him a fiery message
and he preached it and preached it loud!  Everyone said it was just what they needed to hear and it was such a good sermon but by Sunday afternoon he was sounding really, really hoarse and I knew when he woke up
on Monday he would have no voice left and I was right!
Today he has been whispering and trying to be silent in order that his voice will recover for services on Wednesday. 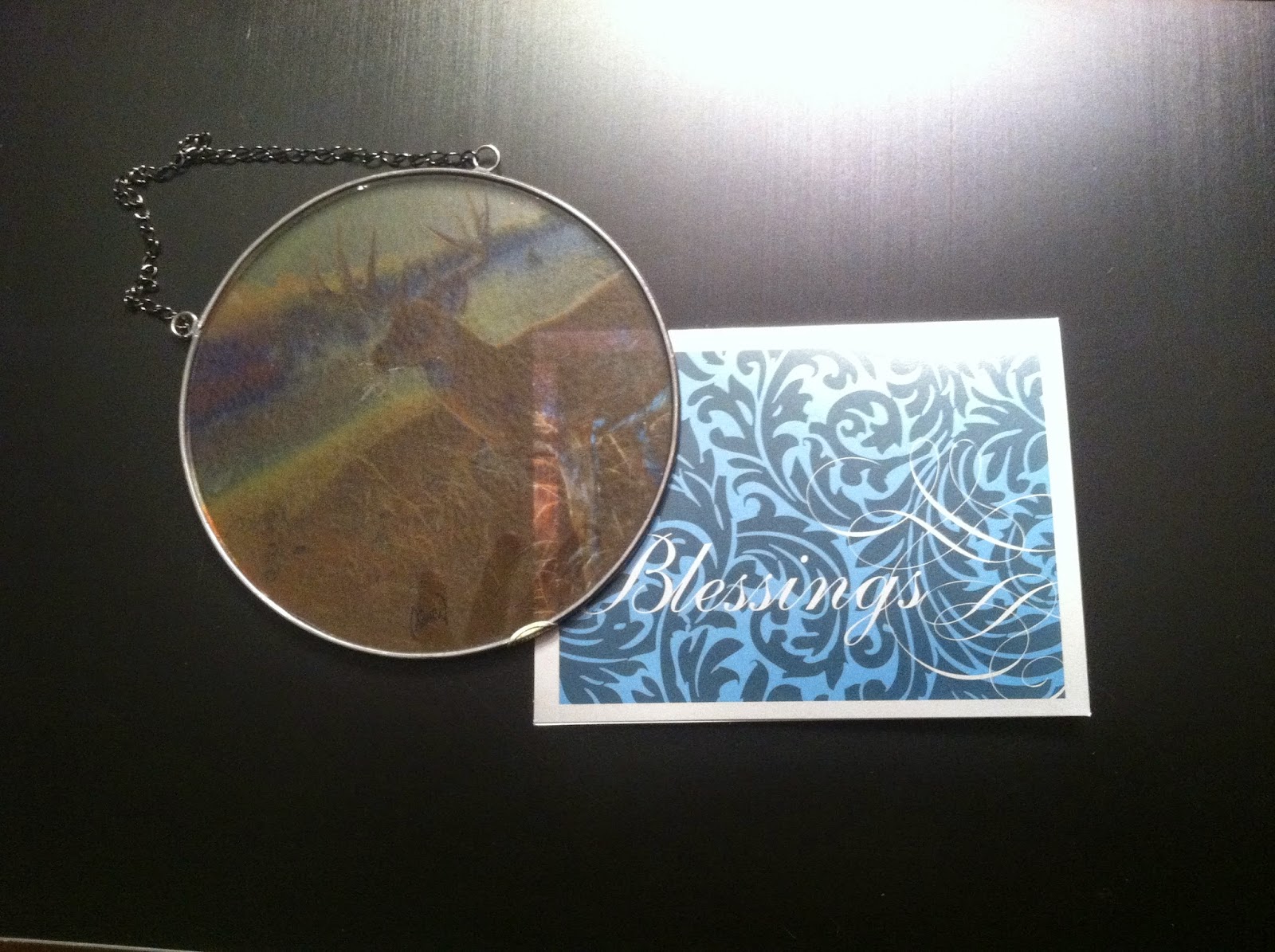 Yesterday I wrote him a card telling him how much I loved and appreciated him because he loves to shop!  He truly, truly loves to shop and will go up and down every aisle in the craft store with me, spend hours in Target looking at cookware, at Ross he goes through all the racks with me as I try to find something I like.  The only store he refuses to go into is Bath and Body Works as he thinks that is way to girly of a store for him.  I also thanked him for not being a miser with our money but trusting me and allowing me to spend what I want, when I want.  He has never put me on a budget because he knows I will not overspend.  Finances are not an issue and we never fight over them.  He is always encouraging me to go spend money on myself or do something special for myself. (He knows I rarely spend money on myself and would rather spend money on him or the kids or our precious grandbaby!)  For his gift I gave him a sun catcher for his office window that looks just like the last deer he shot and when I gave it to him he said, "Look, it's the deer I shot!". 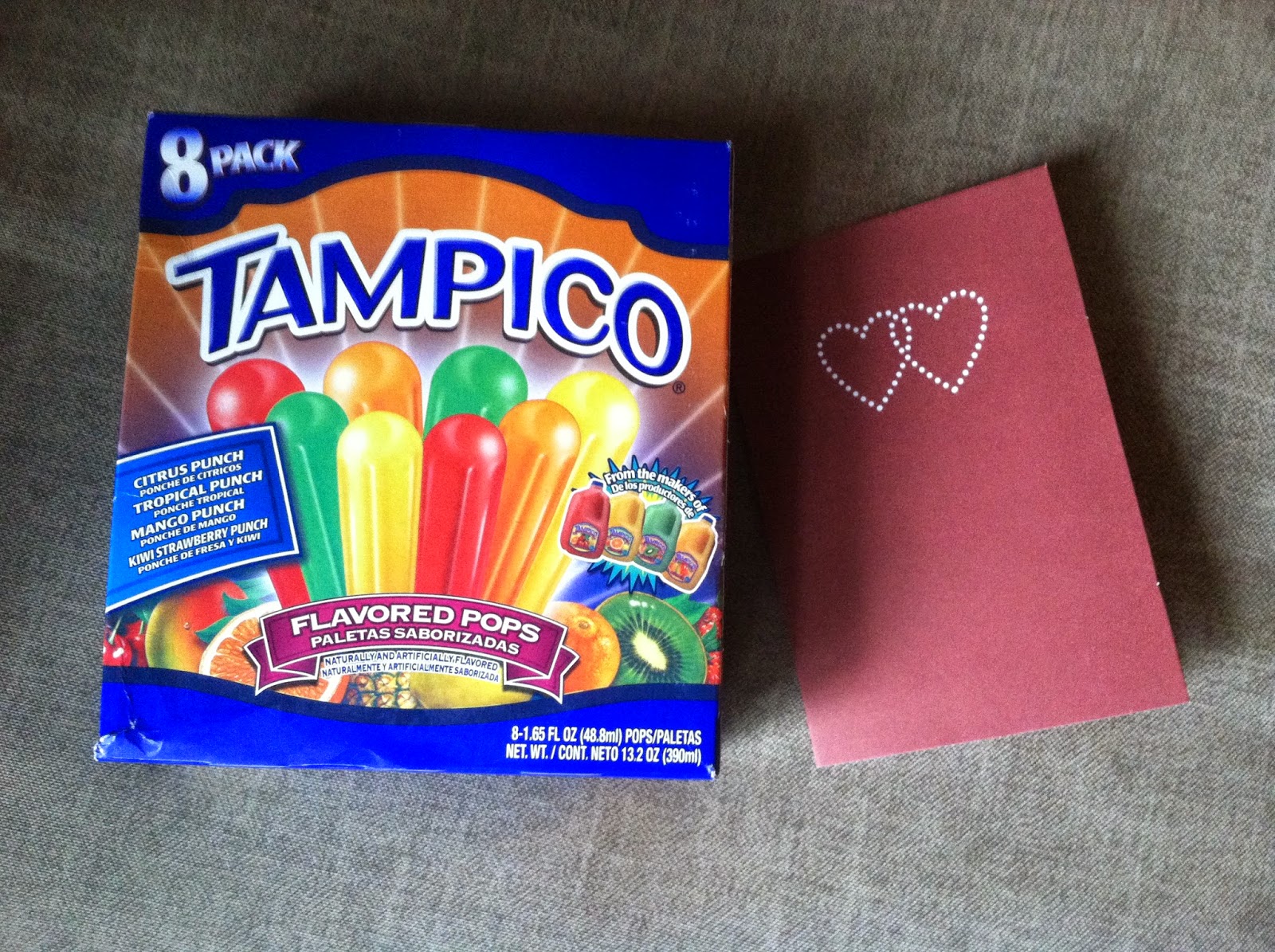 Today we had an errand to run for a church member and we were only supposed to be out for about an hour but ended up being out for almost five hours instead!  I knew he didn't feel good but he never complained and once he mentioned that he wished he had a popsicle for his throat.  He was thrilled when I gave him a box of popsicles and was so happy I heard his comment earlier in the day!  My card today told him how much I appreciate him for letting me be a stay at home wife and mom.  We live in a two income society so we have been through some rough times where it would have really helped for me to work but he wanted his boys to be homeschooled and raised in a godly environment.  Even now that the boys are grown he would rather I stay home to see to his needs and wants.  I am not the most perfect housewife and do not get up early to get his morning coffee made and sometimes I do not have dinner on the table at a decent time but he still loves me and says me working would be more of a hindrance than a help in so many ways.
Plus who else could he get to do all the church office work for free?
I am loving seeing the smile that lights up my husbands face when he sees the card and gift for the day.  Praying he feels totally loved and cherished!
﻿
Posted by Amy-Marie at 8:17 PM

Email ThisBlogThis!Share to TwitterShare to FacebookShare to Pinterest
Labels: Loving My Husband