"A Child of the King" Award Ceremony

What an awesome night we had celebrating how hard the kids
worked at hiding God's Word in their hearts! 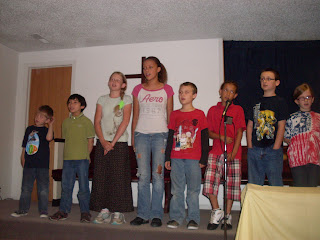 The kids sang "A Child of the King" and said their verses
for their parents. 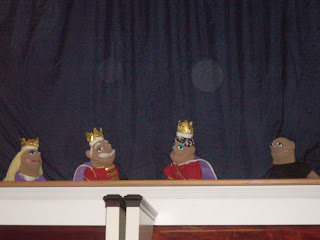 Prince Bryant and Princess Annabelle were so sad when they found out that we were done with Bible Adventures for the summer.  Prince Bryant said he was worried something would happen and we would never see each other again.  I read John 14 to him and we talked about the promise that God has given us through his Son.  Prince Bryant was so happy to know that if we are "A Child of the King", no matter what happens, we see one another in heaven.  The kids then recieved awards for memorizing so many Bible verses. 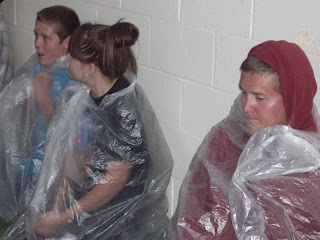 After awards we headed outside where the teens donned plastic as the kids got a chance to throw pies and silly string at the teens and Mr. Chandler who had helped all year. 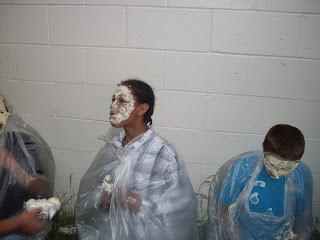 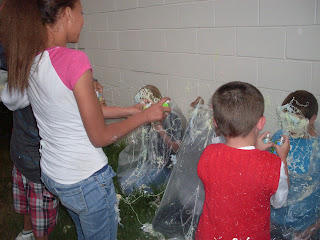 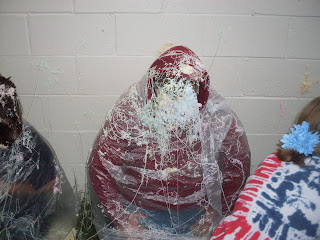 The poor teens got covered but the kids had a blast.
Of course when the teens were set loose, they took all the leftover pie and silly string they could find and tried to cover any adults in reach.  By the end, it seemed like everyone was wearing a bit of pie! 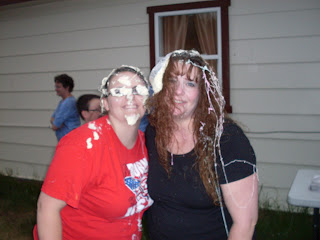