To Fool or Not to Fool 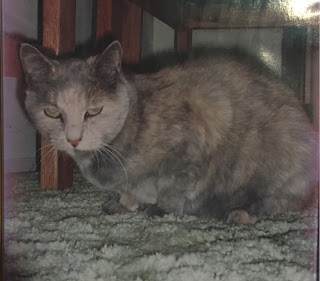 This morning as my husband and I talked about April Fool's Day and the last epic prank I pulled on him, we again made our yearly pact, no April Fool's jokes today.  We laughed as we agreed there is no way he will ever top my April Fool's joke but here is a deeper reason we have a agreed not to prank each other.
When we returned to the states from Germany we got Mason a cat. He named her Mickey and she was a such a loving and sweet cat!  She gave us several batches of beautiful kittens and I'm sure she would have given us many more if we wouldn't have taken her and got her spade. She was so upset after that as she loved being a momma and having babies. She found a small stuffed ball that was covered with fake fur and that furry ball became her baby.  She would carry it around and cry to it, lay the ball by her stomach as if it nurse it and cuddle and clean it. This went on for years and years!

One April Fools Day I had a brilliant idea!  I called my husband at work and told him Mickey was acting weird. I told him she was crying and biting at her stomach like she was in pain. He told me to watch her and if she got worse he said to take her to the vet. I let an hour go by and called him a little more hysterical saying how I was so worried about Mickey because she was getting worse and I didn't know what was wrong!  He then told me to take her to the vet. Smiling, I hung up the phone and then called our vet and asked them if they would help me with my April Fools joke. 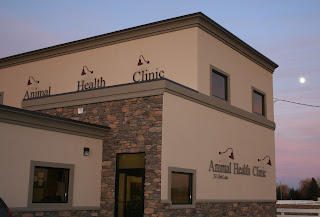 Our vet was absolutely awesome as I told her my plan and laughed as she told me they would love helping me out. I waited another hour and an half and I called my husband back. I excitedly told him that Mickey had given birth to one little miraculous kitten!  I told him that the vet said this was a very rare occurrence but one in a million cats have kittens after being spade. I told him I wanted to name our precious new kitten "Miracle"!  I then asked him to pick up Mickey and her baby on his way home from work. He hardly agreed and was so excited to see our little "Miracle".

My husband said that when he got to the vet and told them he was there to pick up our cat and kitten, the receptionist smiled at him strangely and went to the back and got several of the people that work there.  They all told him April Fools and told him there was no way a spade cat can get pregnant and laughed at how good I had gotten him.  He came home and said that was the best April Fools joke ever and he had fallen for it hook, line and sinker.  That was over ten years ago and we have never pulled an April Fools joke on each other since.

As it think back now, I can see this was really a mean and terrible thing to do to my husband.  Although he laughs about it now, I think about how demeaning it must have felt to go into the vets office and have everyone laugh at him.  I made my husband the brunt of a joke and it really hurts my heart to have caused him any pain or humiliation.

In society today it is normal to make fun of our husbands and make them the brunt of the joke, to belittle them to other people and make them feel small in who they are as men.  Sadly I have done this to my husband too many times.  You see, my husband is an amazing man created in the image of God, but when I don't uplift him and encourage him but rather tear him down and belittle him, I am breaking the incredible gift God has given me in him. God is molding him into the man He needs him to be, the man I need him to be, and the man that can change world but I can so easily hinder what God is doing in his life by my words and actions.  How can my husband live a life to the potential God has made him for, if I am tearing him down in anyway.  I have to constantly be aware of my words, actions and attitude so I do not say anything that would tear him down, embarrass him in front of others or make him feel less of the amazing man God created him to be. 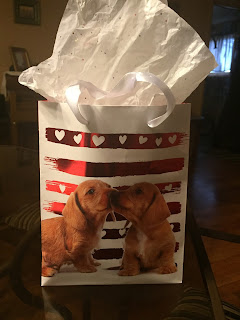 I Love you Chep Day and I'm so thankful for the love you show me each ad everyday! Happy April Fool's Day!