Do You Know Your Husband's.... 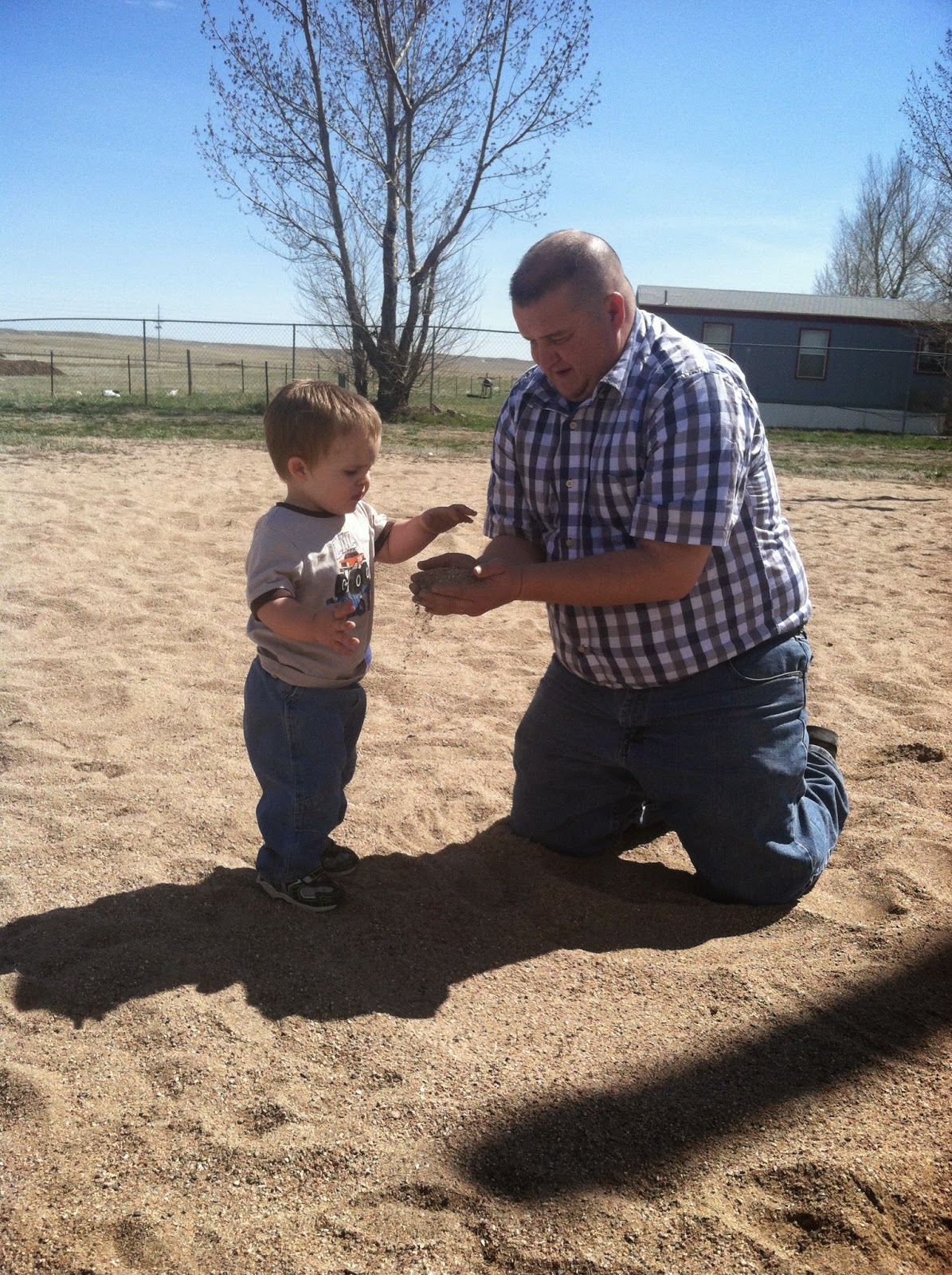 I knew my husbands love languages before we had even gotten married.
A few months after we started dating I went over to his house
on Christmas.  The tree had so many presents under it and I will never forget when his mom pointed at an unwrapped pillow and told my husband that was his Christmas present. My husband barely glanced at it and told his mom thanks as we headed out the door. As I asked him if that was his only Christmas present, he said yes and explained that all the other presents under the tree were for his little brother and sister.  He told me that on his 11th birthday he received a bag of candy for his birthday because his mom said she didn't know what else to buy him.  Every birthday and Christmas since then he had received a bag of candy or other little article while his brother and sister received loads and loads of toys on the holidays.  Needless to say he loves when I give him presents.  Doesn't matter if it's his birthday
or Christmas or just because, he loves to receive gifts!
He also loves words of affirmation.  Growing up he had many, many negative things said to him so he loves it when I thank him, lift him up or encourage him.  That's one of the reasons I have chosen to give him a gift with a note, card or letter each night of his birthday month.  He has said over and over how much he is loving this and actually anticipates his gift and note each day!
﻿ 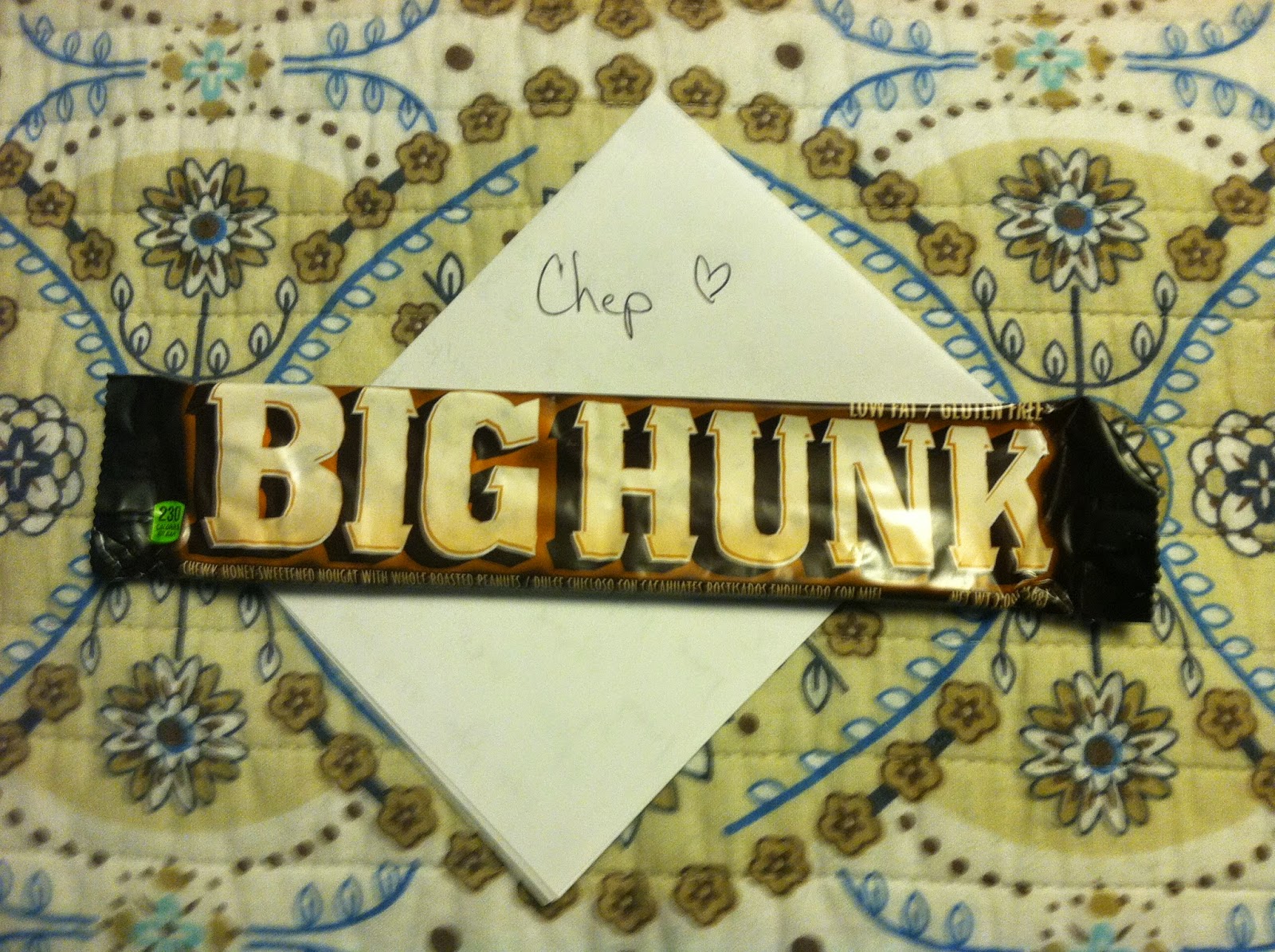 On Tuesday I gave him a Big Hunk bar and wrote him a love letter
telling him his was "my hunk". 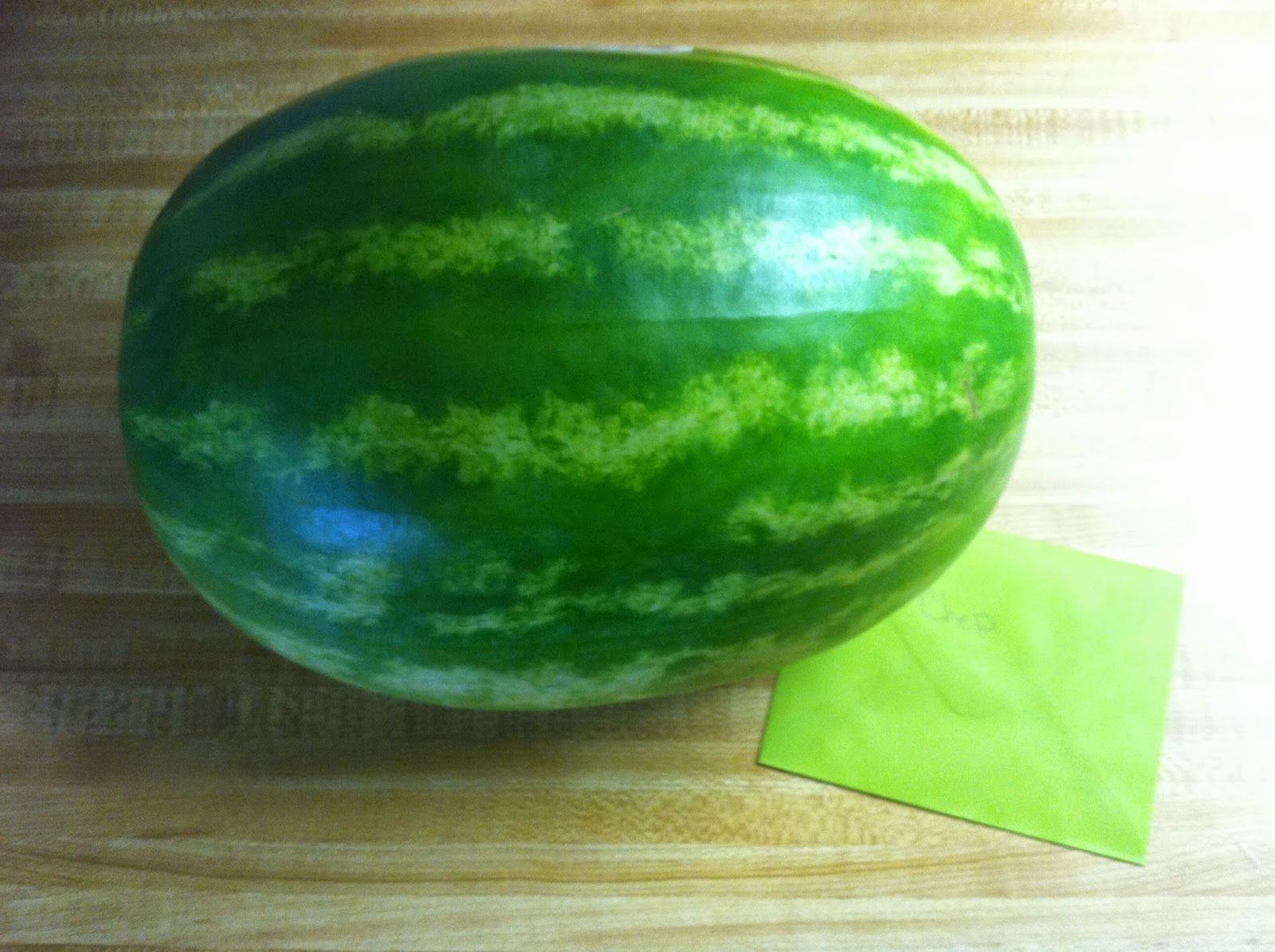 On Wednesday his throat was still hurting and he mentioned that he wished he had a watermelon to eat as it would be easy to swallow.  I ran out and got him one and wrote a card telling him thank you for working so hard all these years and being our families provider and giving us all we need and more. 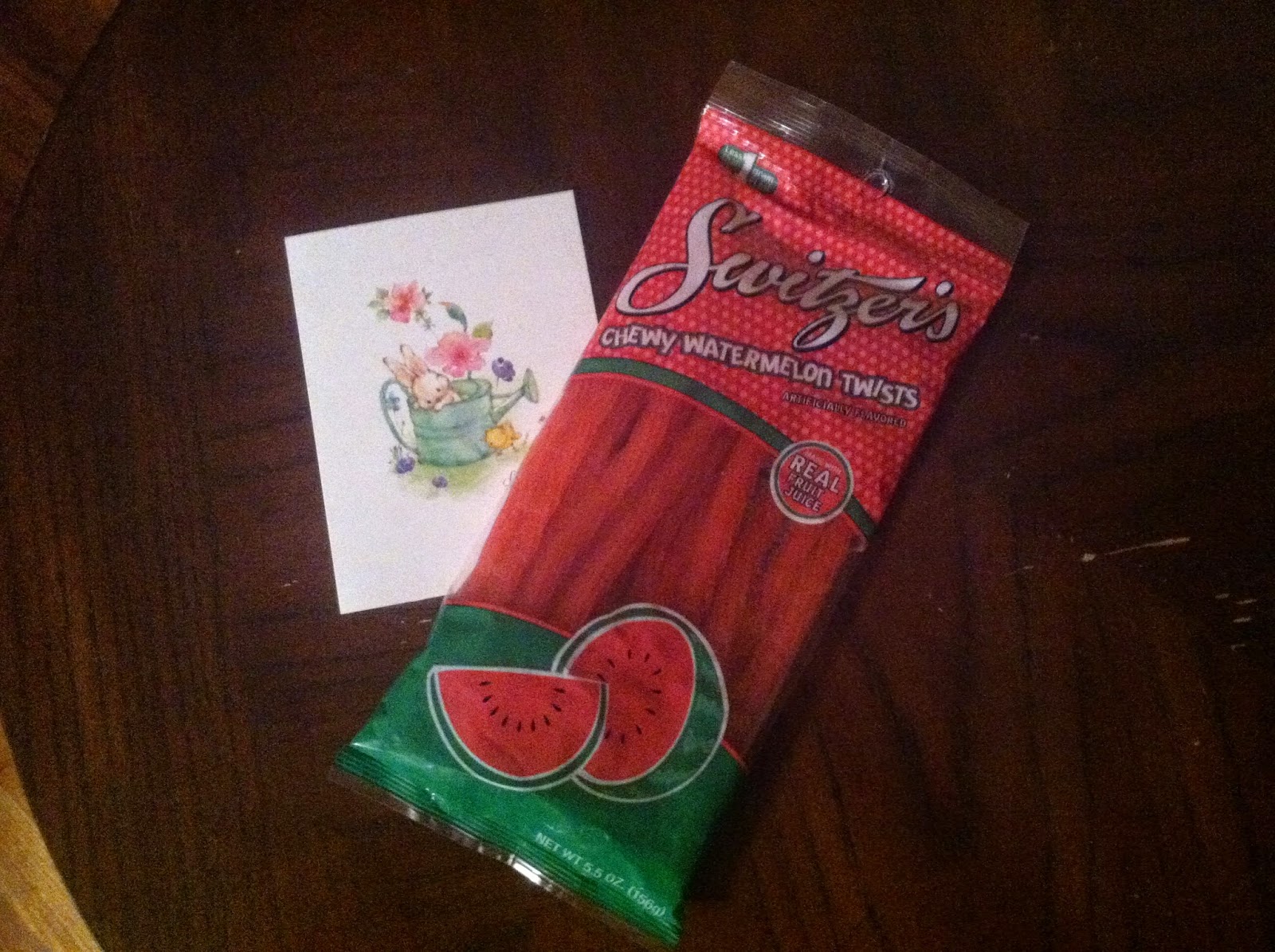 Tonight I wrote and told him how I love his spirituality.
How I have loved watching him grow in the Lord, how I love him sharing with me what he is studying each day, what he is being convicted of and what he is struggling with.  He is the spiritual head of our family and I love him leading us!  His two favorite things are licorice and watermelon, so when
I saw watermelon flavored licorice I knew he'd love it!

Email ThisBlogThis!Share to TwitterShare to FacebookShare to Pinterest
Labels: Loving My Husband