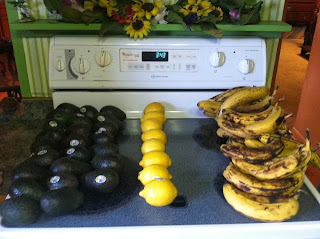 Earlier last week we received a bunch of bananas, avocados and lemons.
We gave away as may as we could but I still had quite a few left.
It had been such a busy week that I had not bee able to do anything with them and they were starting to get very ripe.  Saturday is always such a busy day and with no time on Sunday I decided I needed to do something quick and easy, so I decided to freeze them. 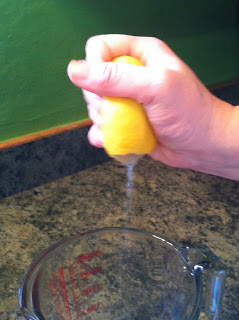 First I took the lemons and rolled them and then cut off the end
and squeezed the juice out of them.  I got about six to seven
tablespoons of juice out of each lemon. 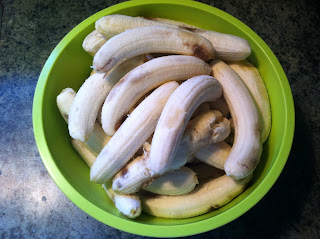 I then peeled the bananas and put them in a big mixing bowl. 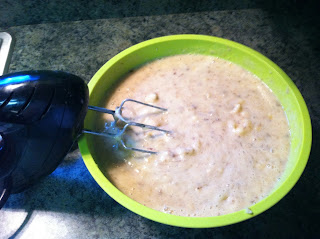 I used my hand mixer and mixed to the consistency I wanted.
I did not use the food processor as I did not want the mixture to be totally smooth but to have a few some small chunks left in it. I added a tablespoon of lemon juice for every two cups of banana puree.  It is suggested you add a tablespoon of lemon juice for every cup of puree but I think that makes it taste more like lemons than bananas! 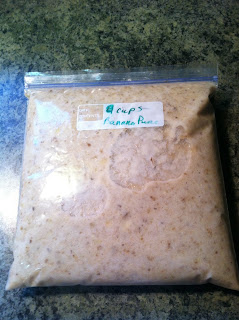 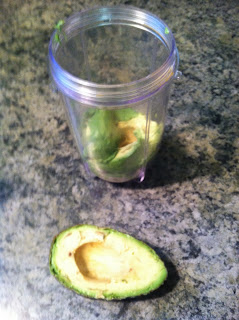 I then tackled the avocados.  I started out using my Magic Bullet
and was doing two avocados at a time but this was taking me way too long so I brought out the food processor and was able to do it in two batches.  I pureed it very finely leaving no chunks and then added one tablespoon lemon juice for every two avocados. 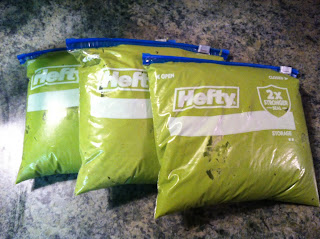 I now have several bags of pureed avocados for guacamole and for my favorite avocado smoothies!
﻿
﻿
Posted by Amy-Marie at 11:38 AM