I can't believe we only have two days of VBS left!  We are having so much fun and as usual we hate to see it end but at the same time are looking forward to the end as it has been an exhausting week! 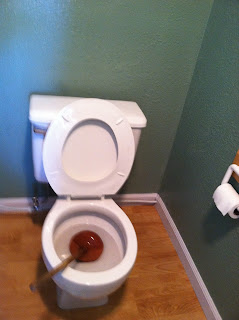 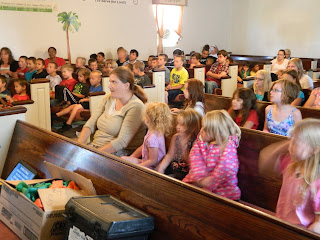 The first day we had 47 kids and this morning we had over 50!
So exciting to see so many kids so eager to come and hear about Jesus! 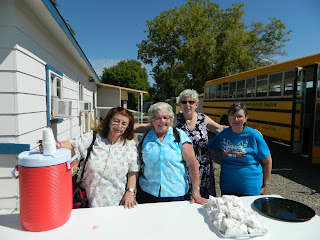 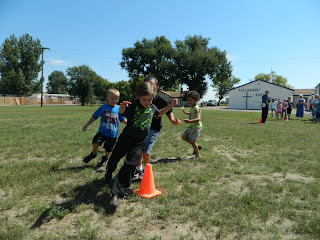 Of course all the races are a favorite as the boys try to out run the girls!  Every year we have ever had VBS, the girls way outnumber the boys,
but this year almost two thirds of our kids are boys! 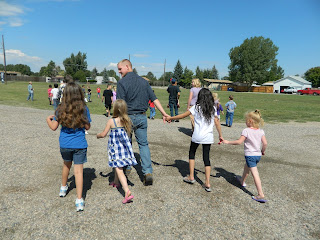 Mr. Mason is a favorite always have a a group of kids hanging on him and following him where ever he goes! 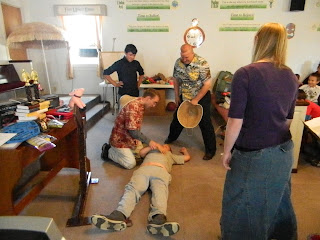 We have had a great time learning about the Freiderichsen family in our missionary story.  There have been a lot of laughs and even a few tears as we have watched the Freiderichsen's learn to trust and serve God. 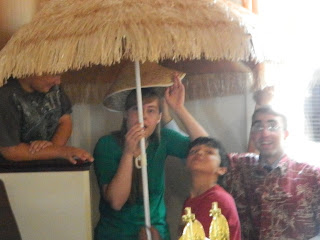 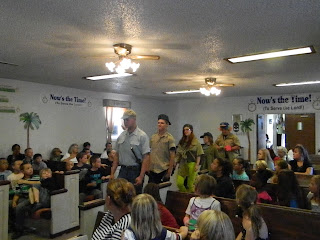 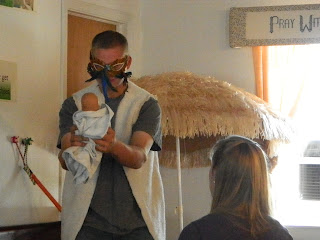 The witch doctor and the soldiers were a favorite with the kids! 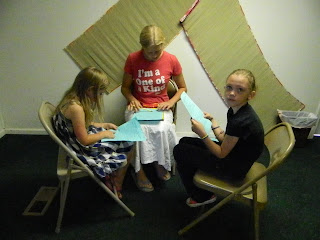 All the kids are saying lots of verses as they try to earn Bible Bucks to buy the "Biggest Ice Cream Sundae!". 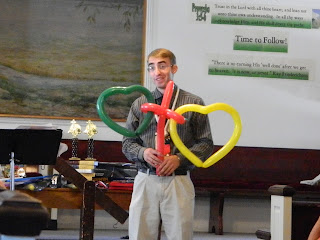 Mr. Nate has shown us some awesome balloon illustrations
that show the plan of salvation. 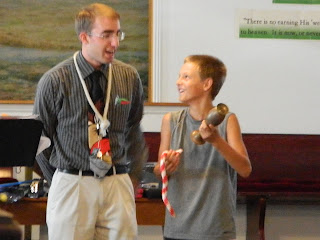 And the kids are loving Mr. Nate's tricks!
How does he get the rope to stay in the bottle??? 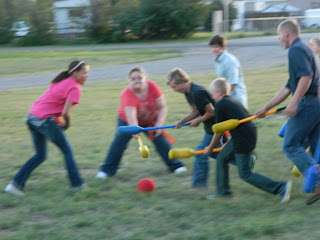 We have had 26 teens each night of VBS so far!  It had been an exciting group of teens and they have loved the games and food and the preaching! 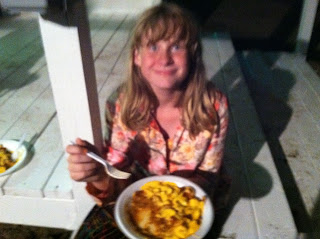 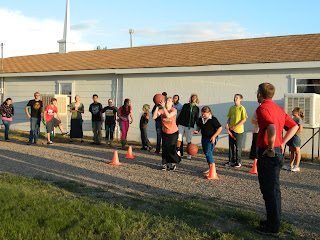 ﻿
So far we have had four teens that have asked Jesus
into their hearts and lives and several teens and a couple of the kids have already asked to be picked up on the bus for church this Sunday!
It really has been an exciting week so far and we are looking forward to seeing what God does in the hearts and lives of these children in the next couple of days and also in the future!