It seems like every time I tell God I am going to get up early
so I can get some extra studying done, I have a horrible sleepless night!  Last night it started raining and rained all night.  The cooler temperatures felt good but the sound kept waking me up every few minutes.
Also, I don't know if it was the rain or what, but the cat and dogs were restless and wanted to go outside, were whining or just were roaming the house.  I finally got to sleep at at about five this morning and didn't get up until nine!
After sleeping in so late I my morning was just off!
Because it was so cold out I prayed especially hard for Chandler
whose main job is working outside.  After doing a few things around the house I ran to McDonald's and got a hamburger and a cappuccino
and put it in Chandler's car right before his lunch break with a note
saying I loved him and to stay warm!
I was pleasantly surprised when a friend from out of town called and said she was in town and asked me out to lunch.  I hurried and threw dinner in the crock pot, Corn chowder for a cold and rainy day, and then quickly got ready to go.  We went to Olive Garden and sat for a couple of hours laughing and talking and catching up.
After our wonderful lunch I ran and picked up one of our bus kids.
Nina is one of the teens that has been on our bus for over a year.  She has talked to me about salvation many times but has not given her life to Christ yet.  God has pressed on my heart to help this young girl and show her love and so I have been praying and asking God to show me what I could do. 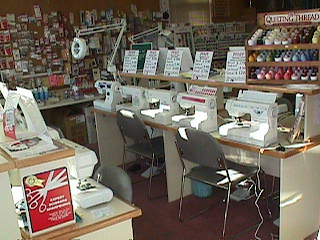 Nina loves to design clothes and makes her own outfits and she sews everything by hand, very talented!  One of the gentlemen of our church owns the Sewing Center here in town and I asked if I could buy one of their machines for Nina and he said he would donate it to her.  Praise God!  She was so excited as we picked up her machine and they showed her how to use it!  She could not stop smiling!
I then ran home and set up for Bible Adventures.
Tonight we learned about how it is important for a runner to drink lots of water and stay hydrated. 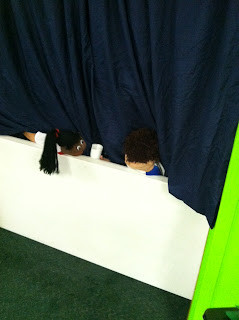 Riahanna thought she would get ahead of everyone in the race
if she did not get water from the water points along the course,
but learned it actually hurt her in the long run.  Our Bible story tonight was about Jesus giving the Samaritian woman living water and how
each of us can have that living water too!
﻿
﻿ 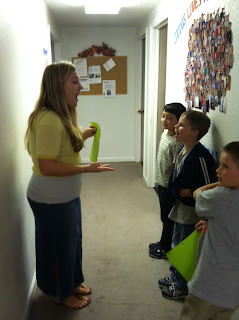 I was so excited during Verse Time when most of the kids were ready to say their verses.  They really worked hard to memorize all week long! 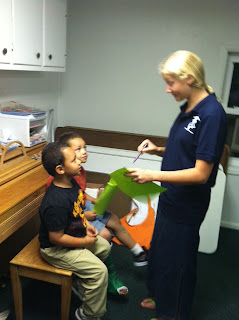 Our teens are awesome and work so well with the kids,
listening to and teaching verses! 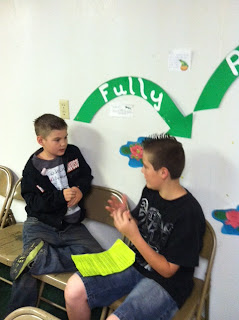 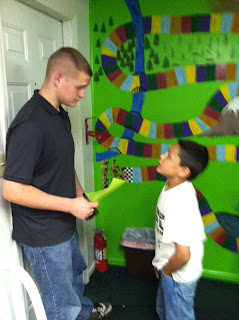 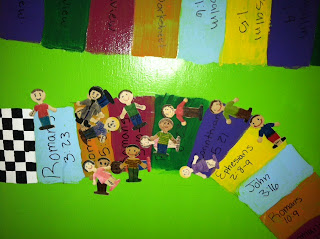 By saying their verses they all moved their race people along the track. 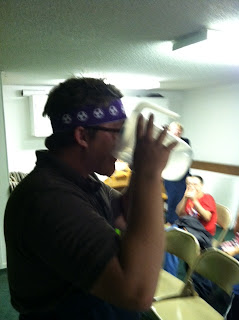 Lawerence came at the end of the night, after he too had run tonight's race and asked for water.  He was so tired from running and kept asking for more and more water.  He drank five cups of water and half a pitcher of water before he said something was wrong with the water.  I asked him what was wrong and he told me he didn't want regular water but "living water".  When I explained to him that only Jesus could give living water he told me I should have told him that before he drank so much regular water!
We did have one boy want to know how he could have some of that living water and Mr. Mason was able to talk to him and lead him to the Lord.  Amen! 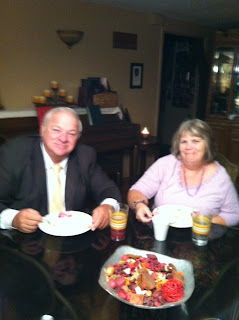 We had Don Riley and his wife visiting with us tonight and Brother Don preached for the adults.  After services we went back over to our house and ate dinner with them and had some wonderful fellowship.
What a totally full and exhausting day!  I am praying that tomorrow will be much slower day and I will get a little time to just sit and read!
﻿
Posted by Amy-Marie at 11:26 PM