Two years ago today we said goodbye to my daddy.
I still miss him terribly and think of him often. 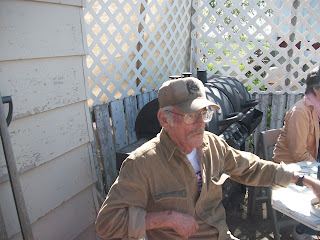 I remember sitting by his bedside just a day or so before he passed away
and my aunt came over and sat with us for a little while.  She told me that after the funeral was over and after everything calmed back down, that I would have regrets.  I would have regrets over not being there more, not doing more for him and just not being as good of a daughter as I wished I had been.  I told her I didn't have any regrets and I didn't think I would later either.  She just sadly shook her head at me and told me I would. 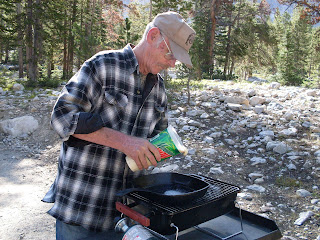 I have thought of that often over the last two years
and I truly can can say I have no regrets.  I loved my dad with all my heart and I was there as much as he would let me be.  I did everything I could for him but in many ways, and time after time, he pushed me and my siblings away.  My dad loved us kids with all his heart but he was a very quiet and private man and as we all do, he had issues he had to deal with everyday.
He was depressed and unhappy and drank heavily to try to cover up his pain.  We all tried to be in his world but you can not force someone to live
the way they do not want to and as we saw in the end, you could not force my dad to do anything he did not want to do. 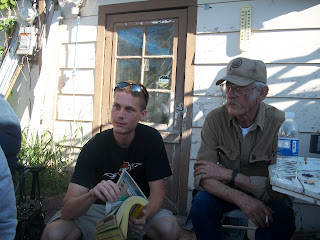 There is actually one thing I regret and do dwell quite a bit.  It was the day the above picture was taken.  It was just three months before my dad would leave us and I was sitting with him alone as the others were off doing stuff.  He opened his wallet and took out a Million dollar bill tract from The Way of the Master.  The last time he went to town someone had given it to him.  I had witnessed and witnessed to him for many years until he told me that he was not a mission field and told me I was never again to talk to him about God.  After that I prayed and prayed for someone else to tell him about Christ and for someone to give him a tract.  When I saw him pull that tract out of his wallet it was an answer to my prayer.  As we sat there he asked me, "Is this true, is what this tract says true?"
Now comes my regret as I answered in an exasperated tone,
"Yes Dad, this is what I have been telling you for years."
"Okay, I just wanted to ask, I just wanted to make sure."
And that was the end of the conversation as he put the tract back in his wallet.  God had given me another opportunity to witness to him and because of my tone of voice he shut down and I never got the opportunity again.  Did my dad get saved by reading that tract?
I will not know until I get to heaven but my siblings and I are praying he did.  Other than this one time I truly have no regrets. 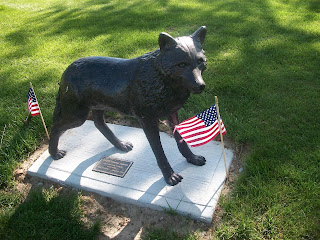 We had some awesome times, made some treasured memories and shared
a wonderful life that I would not trade for anything and I would do every moment over again.  The good as well as the bad, the happy along with the sad.
I love you Daddy and miss you so much!﻿