We were so excited to have 28 kids at VBS this morning and 6 of them were new visitors!  We had many, many kids who are out doing 4th of July activities but made sure Pastor Chep knows to pick them up on Thursday!  Today was crazy cast day and the kids were so creative and made casts out of duct take, paper and whatever else they could find. 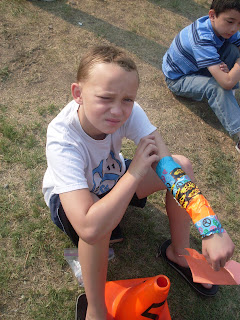 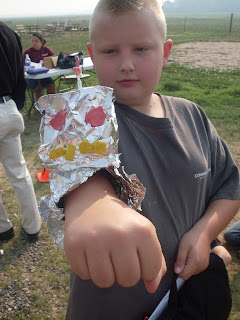 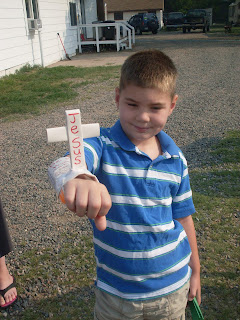 Our kindergarten teacher is so awesome and is always on the ground and eye level with our little ones. 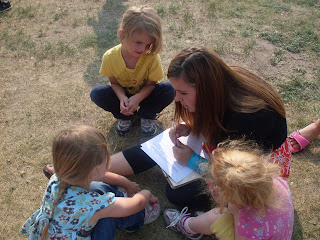 The boys did so good today and kept our point giver busy and running up front to mark more and more points down! 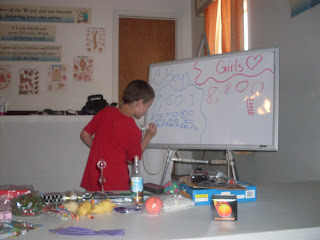 In our missionary story today, we learned how Doc Vic practiced his medicine on dogs and learned and gained valuable knowledge.  Some of those things he learned he used in treating patients. 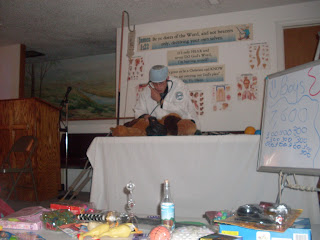 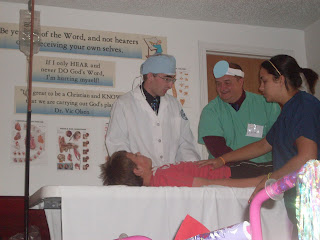 We also learned how Doc Vic studied and studied and studied
to prove the Bible and God wron but the more he studied the more he saw the truth.  He and Joan got saved and soon dedicated their lives to be overseas medical missionaries.
Our main bus driver was off work today and was able to drive the bus and help with VBS today.  The kids love him and during game time the kids wanted to play with him rather than play the games! 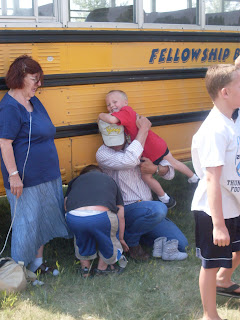 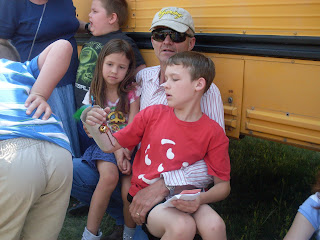 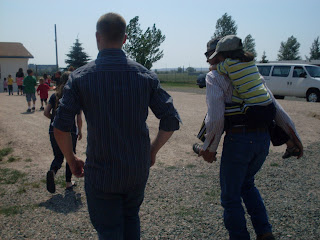 The main theme today was "Be doers of the Word and not hearers only".  The Bible story was on Saul and his conversion and how after Saul (Paul) believed in Jesus that he heard what God wanted him to do and he then did it by going on a missionary journey.  The missionary skit always coincides with the Bible story and truth the kids are learning. 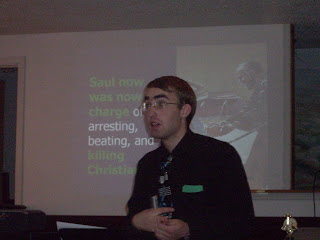 This afternoon several of our people wanted a 4th of July Potluck. 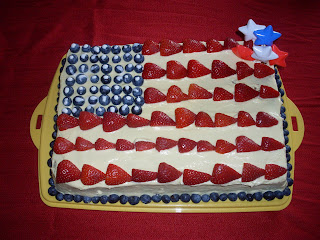 Everything was so good and we ate and laughed and laughed.
After we ate, several adults and a couple of the kids gathered for a game of Pillo Polo.  What a fun time we had! 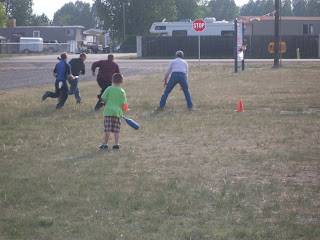 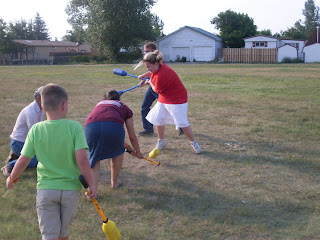 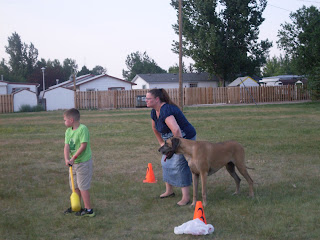 She-Bear could not be left out and helped goalie.  It was hilarious to watch her as she helped everyone run and chase the ball whenever it came too close to the goal!

We only had four teens at teen night tonight but we praise God for those four!  Since all the kids that came were on the orange team,
Pastor, Chandler and Mason played for the green team.
It was so funny watching Pastor run the offering race!
And yes, the orange team won that one! 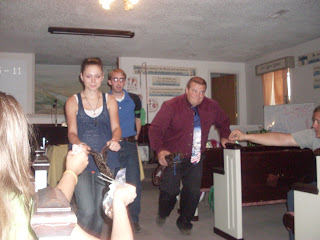 We usually have Frito pie on Wednesday Night but the couple that bought the chips thought we asked for Doritos so we had Dorito pies. (Frito's, Dorito's, Frito's.....they ryhme)  Actually the Dorito's were very good and we may never have Frito pie again!

It was a wonderful day to celebrate our country's freedom and I am so glad we were able to celebrate it in church where Jesus made the ulimate sacrifice so we could be truly free!