Our Teen Banquet was last night and the teens had a blast! 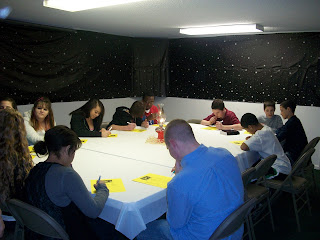 They started by filling out their menus.  Everything on the menu was coded as a spoon was called a shovel, a plate was a wagon wheel, spaghetti was Dirty Straw, and so on down the menu.  The kids had to try to figure out what everything was, because if they didn't order their plate, fork, cup and such they would not get that item for that course. 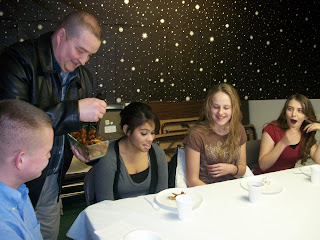 Everyone picked a pitchfork for the first course thinking it was a fork..........
not quite!  They were so surprised to see baked chicken feet come out. 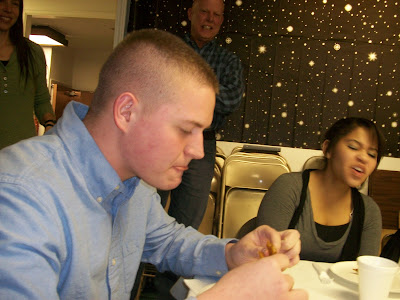 ﻿
Most of the boys ate them or at least tried them while the girls
squealed and were totally grossed out! 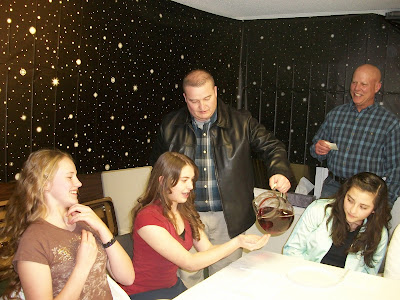 Since a few teens didn't order cups, they got to chose whether to have their juice in their hands or straight in their mouths. 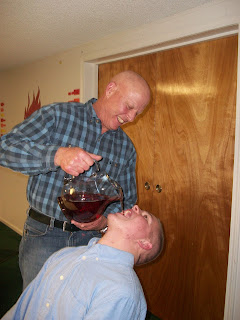 While others did not order plates or forks.  Some used toothpicks to eat their spaghetti and beans while others used their hands. 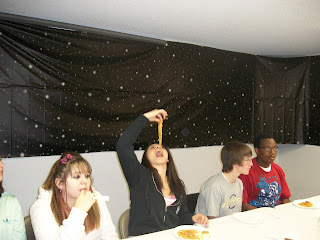 The teens had an awesome time and at the end of the night,
after all three fun filled courses, they were overjoyed when we brought them all out plates, silverware and cups
and let them eat as much as they wanted. 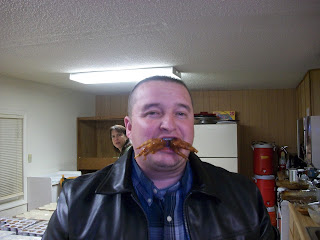 One of my favorite pictures is Pastor Chep ﻿being silly
and making the girls scream!